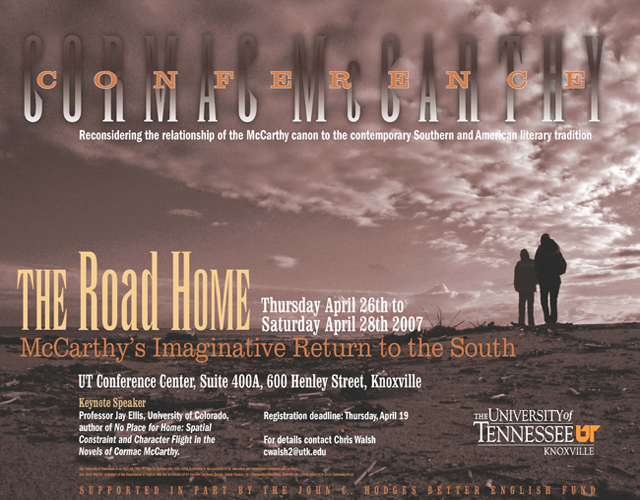 Cormac McCarthy is one of the major authors of contemporary Southern and American literature. After twenty years of writing novels set in the southwest borderlands, McCarthy has revisited the Appalachian setting of his first four novels in his new work The Road.

In the fall of 2007, the University of Tennessee in Knoxville hosted the conference The Road Home: McCarthy’s Imaginative Return to the South. Program participants considered the relationship of the McCarthy canon to the contemporary Appalachian and Southern literary tradition.

McCarthy was born in Rhode Island in 1933 and moved to Knoxville with his family when he was four. He attended the University of Tennessee from 1951-52 and 1957-59 but never graduated. While at UT he published two stories in The Phoenix and was awarded the Ingram-Merrill Award for creative writing in 1959 and 1960. He has written ten novels. All the Pretty Horses, published in 1992, won the National Book Award and brought McCarthy into the public spotlight. He currently resides in Santa Fe, New Mexico, with his wife and young son.